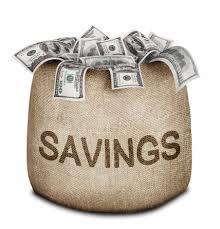 Strategic Timing will Save Lagunitas School Tax Payers Nearly Half a Million Dollars.

For several months Lagunitas School District Superintendent John Carroll and Chief Business Official Jeff Lippstreu have been working to re-finance a school construction bond voters approved in 2013.  They received notice last Wednesday that the bond sale had closed and that taxpayer savings would be better than predicted.

“We couldn’t be happier.” Carroll reported last week. “The time was just right for the re-sale of our bonds and we were able to get a rate that exceeded our expectations. This was the result of staying attentive, doing the legwork and just being lucky.”

The re-finance represents a savings of $462,113 from the five-million dollar bond (Measure A) the voters approved in November of 2013. Bond funds paid for facilities upgrades including, landscaping, interior re-modeling, energy efficient windows, roofing upgrades, ventilation and a new playground on the San Geronimo campus.

The entirety of the savings (approximately 9.73%) will benefit Lagunitas property owners in the form of lower tax bills. It will not have an impact on the school district’s budget.

“We try our best not to forget our community’s generosity in passing Measure A. After the projects are completed, and the money has been spent, we think it’s important to pay attention to markets and try to get our community the best value for the dollars they entrusted to us.”

The District’s administration had guidance from bond advisor Greg Isom and waited for market conditions to improve over several months. Pricing was finalized in late September when interest rates had hit historic lows.