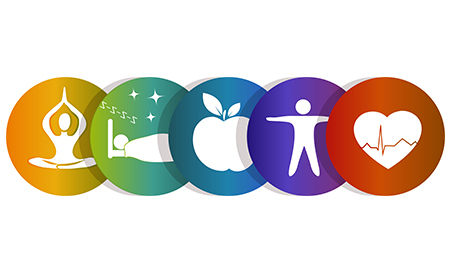 When Can Lagunitas Open?

Many of you have asked why Lagunitas remains in distance learning while all of our neighboring elementary schools have begun in-person programs.

We did not decide to open last fall when Marin was in the Red Tier, when opening would have been allowed under public health rules.  Schools that had opened for any in-person instruction during that period were allowed to remain open and expand their in-person programs into more grades and for longer hours.

As the surge in cases after Halloween and then Thanksgiving grew, our Task Force and The Board of Trustees decided to proceed with caution and remain closed until January 11. When that date arrived, Marin was still in the Purple Tier and Lagunitas was not allowed to open.  Marin’s recent and impressive downward trend in new cases was welcome news but daily case totals have kept us in Purple and on the verge of Red for the last few weeks.

There are now two pathways by which the school could open to limited in-person instruction and begin to work on expanding the program.

Marin County enters the Red Tier and remains in Red for 5 days. (Notice of Tier changes usually comes on Tuesdays and the change relies on the unpredictable number of new infections in the county.) On the sixth day in Red we would be allowed to open in person in all grades.

Pathway 2: Petition for an elementary school to open while the county is in Purple Tier

Schools in counties that are still in the Purple Tier can take 7 steps to get approval to open in Transitional Kindergarten (TK) through grade 6. (Grades 7-12 are not eligible for this option).

Step 2: Post the CSP on the school’s home page.

Step 3: Submit the CSP to the local health department.

Step 4: Submit the CSP to the state and wait 7 days- to see if there are objections.

Step 5: Verify consensus among parents that they want to open while in Purple.

Step 6: Get approval from labor unions.

Step 7: Show documentation of parent consensus and union approval to the county office of education and health department.

Where are we in the process?

We hope that Marin will go into the Red Tier soon which will allow us to re-open for all grades 5 days later. That is the best case scenario.

In case that does not happen soon, we have completed steps 1-5 of Pathway 2: Petition to open in Purple.  Our feedback from parents was gathered from Task Force representatives and is nearly unanimous- consensus among parents is to re-open. As of today, that is documented and is ready to submit.

The Lagunitas Teacher’s Association (LTA) has informed us that they will not approve re-opening for the Lagunitas School District while Marin County remains in the Purple Tier unless the following conditions are met and added to their Memorandum of Understanding (MOU) which would be binding until June 30:

LTA was not interested in a District counter-proposal to grant those conditions temporarily… until Marin moves into the Red Tier.  LTA was firm that their conditions would have to remain in effect for the duration of the MOU, until June 30.

The effect  is that the teachers union (LTA) will not allow in-person instruction in Lagunitas while Marin remains in the Purple Tier.

The District is unwilling to make their conditions a permanent part of the MOU for the following reasons:

The California School Employees Association (CSEA- the non-certificated union) is willing to open in-person while Marin remains in the Purple Tier.  However both unions’ approval is mandatory.

In summary, the only pathway currently available for Lagunitas to open for in-person instruction is for Marin to move into the Red Tier and remain in the Red Tier for 5 days. (Pathway 1- above)

Thank you for your patience and understanding in this difficult time.